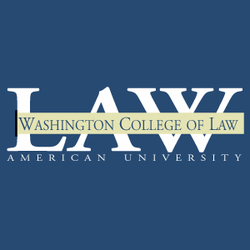 T
he final lawsuit for bladder cancer caused by Actos against Takeda Pharmaceuticals will soon be completed. Two of these claims were settled this week in Nevada. Takeda set aside $2.4 billion towards various lawsuits from diabetics who used Actos and developed bladder cancer.

Takeda released a statement in September indicating approximately 96% of injured parties had signed up to get $2.3 Billion in compensation. This would include most of the 8,000 lawsuits currently in the courts or on hold.

Takeda are Trying to Move On

Takeda has also settled seven of the nine lawsuits that were tried and on appeal. The company agreed to pay 97% of cases that included settlement criteria, resulting in an additional $100 million in payments. Takeda’s main priority now is to finish all Actos related bladder cancer claims by settling with all injured parties.

All aspects of Actos will be looked into by the defense. This review will take many months. It may be the middle of 2016 before it’s completed. Users of generic Actos won’t be part of the settlement process.

The amount each genuinely injured party gets will be determined using a points system matrix. Medical costs for treatment of the resulting bladder cancer will also be calculated and paid by the funds set aside. This takes time and it will be at least 2017 before the whole settlement is completed.

have settled their claim in a current Actos trial held in Las Vegas which began in August. In November 2013, Maurice Iorio died from bladder cancer caused by the drug.

It was believed Takeda Pharmaceuticals did not let patients know about the dangerous side effects of Actos. It’s also alleged that Takeda hid these facts and evidence linking Actos to these risks was destroyed.

Over 8,000 of these cases have been filed in the United States. This averages out at approximately $296,000 for each lawsuit. However, there will be reductions for those who smoke, their age when they were affected and other risks patients faced.

The History of Actos

Actos is used for Type 2 diabetes and made huge profits for Takeda. In 2010 the drug was linked to bladder cancer. By 2011, the FDA told Takeda to inform patients, doctors and other medical professionals about the dangers of Actos, especially if it was going to be used for long periods of time.

It’s claimed that Takeda had full knowledge of the risks associated with Actos. However, this was hidden from doctors, the FDA and patients using the drug.

The federal trial in April 2014 resulted in a $9 Billion verdict against Takeda Pharmaceuticals. However, the U.S. District Judge involved in the case reduced this landmark amount to $37 million.

Posted by Kevin Wilson on 1:23 pm in News | Comments Off on Victims of CIA Torture Sue Over Unlawful Detainment

A
lawsuit filed against the CIA will make psychologist interrogators lose sleep themselves when three men, (Suleiman Abdullah Salem, Mohamed Ahmed Ben Soud and Gul Rahman), make a stand over outrageous techniques used in the war against Afghanistan. The psychologists, who earned millions aiding the U.S. government in Afghanistan, are facing a federal lawsuit for the wrongful detainment of all three men and the wrongful death of Gul Rahman by his estate.

Survivors Tell All, Including Being Kidnapped In a Different Country

All three men were not native Afghanistan residents, in fact, they were illegally kidnapped in their home countries and deported to Afghanistan for brutal and inhuman torture, some of which lead to the death of Gul. Their harrowing tale is recaptured in these short, but brutal details:

These claims further back up cases filed by the ACLU (American Civil Liberties Union) against the former CIA director George Tenet on behalf of German citizen Khaled El-Masri and against Boeing for the illegal transport of such victims. Although, such cases were overturned by the federal courts due to the jeopardy they would pose to government secrets.

An Attorney at the ACLU, Steven Watt believes that it would be absurd to dismiss these cases for the same reason, because the clients’ cases are a matter of public records already; including the senate’s reports.

In addition to the death of Rahman, the torture these three men received left more than a few physical scars from the brutal beatings. Neuroscientists claim torture leaves long-term physiological scars. The CIA’s harsh techniques, say

scientists, seek to make detainees “passive and powerless” and induce a state of mind called “learned helplessness.” No matter the label, the dramatic torture is designed to condition victims through extreme stress and fear. Dr. Vincent Lacopino says, “… clearly indicate that people are going to be damaged for a very long time.”

How to Prepare for Law School in the USA

Posted by Kevin Wilson on 8:51 am in Law University | Comments Off on How to Prepare for Law School in the USA

The school of law admission process is a rigorous undertaking that tests the commitment and focus of any undergraduate. It’s a challenge for sure, but you’re up for it. To help, here’s a “how-to” guide for planning for the process, preparing your materials and getting into the law school of your choice.

Getting Into Law School

Law schools are becoming more and more competitive each year, as they have begun to see a rise in applications. Students should prepare early for law school by trying to get the best grades they can in every course. This starts from the day they enter college until the day they leave. Another way that students should prepare for law schools by studying very hard for the LSAT exam. The LSAT is the entrance exam to law school is the entrance exam for undergraduate students.

While good grades are essential, you want to present yourself as a well-rounded candidate, so plan to get involved in some extracurricular activities. Limit the number of groups you join. The depth of your involvement is much more important than the number of activities in which you are involved.

Explore all of your options-affinity clubs, intramural sports, service organizations-then commit to two or three that you really connect with. Keep track of your hours of involvement because the applications often ask you to specify how many hours you spent on each activity per week.

You will be assigned significant reading throughout law school, often hundreds of dense pages per week. In college,

some students got away with skimming (or skipping) the assigned reading, but in law school, you need to do all of the reading and fully understand the concepts because you are often tested on concepts that were included in the reading but never discussed in class.

Consider taking a speed-reading course. Be sure that the course focuses on how to absorb information efficiently, rather than how to read as fast as possible without fully digesting the material.

Since you are graded based solely on a final exam, procrastination represents a serious risk and is the top explanation for poor law school performance. Create a plan to avoid this temptation.

A couple of weeks before you start classes, make a plan or calendar that will keep you on top of your studies: reserve time for class, at-home reading and outside activities. You must make plan and be whistleblower always when you want to change it. You can always amend it once school starts and you have a more concrete idea of your time commitments.

Current students or recent graduates know what you are about to experience better than anyone. Advice from recent law school students will be infinitely more valuable than that from individuals who graduated 20 or more years ago as law school has evolved significantly.

If you made any contacts while you were visiting campuses or have friends who recently finished their first year, check in with them. Thank them for any previous information they have offered and ask if they have any additional thoughts to share.